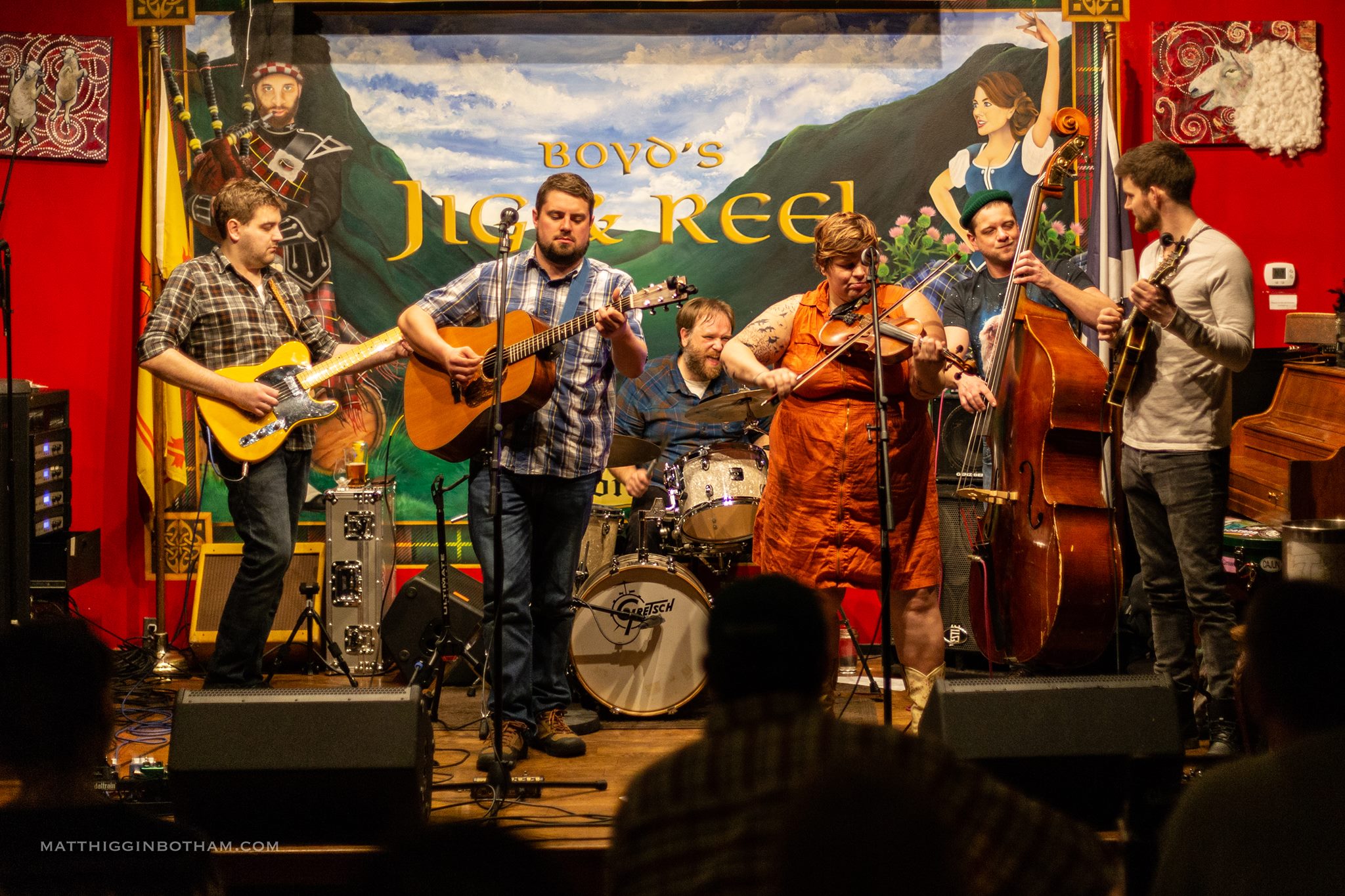 Big Country’s Empty Bottle formed with the chance meeting between guitarist & singer, Adam Petty, and guitarist, Sam McAteer, circa 2007. The two soon started jamming together and immediately connected musically. Shortly after their meeting, they began to diligently write new material as well as learn various traditional bluegrass songs that they would later spice up to make the songs their own. The two began their bluegrass pilgrimage with no more aspiration than campfire picking, but it wasn’t till they were introduced by a friend to Mr. Mandolin, Jonathan Keeney, when the idea of a band started. The three had some great vibes together and started playing around at local coffee shops soon after. A few months pass by, and Keeney introduces the band to the much needed bass man, Will Ross and percussionist, Hunter Deacon. With Will’s thumping bass riffs and Hunter’s percussion skills, the band had the perfect rhythm section. The band’s lineup was finally complete, and they immediately acquired a small Knoxville following that seems to grow bigger every performance. The five musicians come from completely different musical backgrounds, and they have seemed to have found an original sound comprised of almost every style of music that also attracts a very wide range of fans.